This post is a carryover from my main blog -- A Chess Board Is a Stage -- first, because a heat wave has reduced my capacity for any sort of real effort, and second, because it builds on a small ongoing project:-

Last month, in 'An NN for Chess Images' (June 2018), I started to analyze my archive of chess images. One of the by-products of that analysis was to catalog series of related images.

I found the following image in a series of Russian post cards. It shows GM Vlastimil Hort playing RQKNBNRB (SP699). 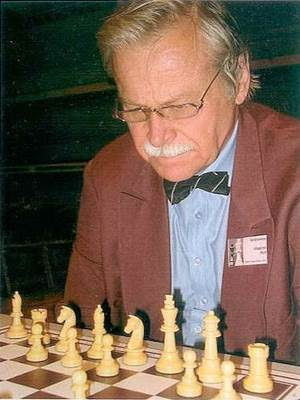 Earlier this year, in Vlastimil Hort: Memories of Bobby Fischer - Part 3 (chessbase.com; April 2018), the one time candidate for the World Championship in traditional chess (1977) recalled meeting Fischer in 1993.

I believe I am one of the first to whom Bobby showed his invention -- the new form of chess he had created! On the first rank, the pieces were placed randomly -- but with identical set-ups for Black and White. The pawns on the second or seventh rank stayed as they are -- just as in traditional chess.

This would have been the same time that Fischer was working out his castling rules. The last time I touched on this topic was Early Chess960 in Hungary (April 2018). It's ironic that more people seem to have played this early form of random chess with Fischer than to have played with the chess960 rules announced in 1996.